With all the controversy surrounding murals in our city, I thought I would spotlight one that I haven’t seen much written about, the Southern Narrative Quilt Mural located on James Road. The artist, Jeffrey Unthank, is from Cincinnati, Ohio, and studied Fine Art and Illustration at Parsons School of Design and Columbus College of Art and Design. After relocating to Memphis, he worked on several projects for St. Jude. In 2011 he painted an exterior mural for Frayser Community Center for the Urban Art Commission. In 2012, he was then awarded the District 1 Gateway Project/Scenic Highway and James Rd. exterior mural entitled “Southern Narrative Quilt Mural” by the UAC as well. This is a massive mural, over 60 panels assembled to tell the story of the Frayser and Raleigh communities. The seams of the retaining walls provided the dimensions for each of the individual “quilt blocks.”

For many generations, quilt making served many different purposes. Quilts tell a story in some way, either with the choices of material and colors, or in the pictures that are represented on each block. Quilting was something that brought the community together. There was a sense of belonging, for doing something that contributed to the greater good of the community as a whole.

In a way, I think this mural serves these purposes as well. The artist’s choice of colors, style, and subject tell the story of a community as it grew and worked  together towards common goals. The last panel of the mural is left unfinished, as if the “quilt” is still in the process of being stitched. The history of these two communities is still being written. And in remembering the things they worked together to achieve, perhaps it can fuel a spirit of community and togetherness that can help them move forward to write the next chapter and stitch the next block in their story.

In 1816, a North Carolinian named Tapp settled in the Raleigh area. He made his home on the bluff above the Wolf River. There was a narrow ravine in the bluff with a spring at one end, which became known as Tapp’s Hole. The exact location of Tapp’s Hole is not certain, but area scholars think it was near the Wolf River Bridge on Jackson Avenue.

Joseph H. “FreeJoe” Harris was born in slavery on July 18, 1796 in Virgina. He was emancipated in 1832. He then followed his former owners to Memphis where, in 1834, he bought his wife Fanny and youngest daughter out of slavery for $300. Mr. Harris became the first African American architect and went on to own a stagecoach line, “The Harris Line” that ran through Raleigh on Stage Road. Runaway slaves were hidden underneath his stagecoaches.

In 1842, the Raleigh jail, complete with dungeon and hanging tree, was built on Stage Road. It was deserted for many years after the county seat moved back to Memphis after the Civil War, but in 1908, Mr. and Mrs. John T Willins bought the property and remodeled the jail into a home, which they named the Echoes. They lived there until Mr. Willins’ death in 1964.

Dr. J.R. Frayser, a prominent Memphis physician, built a summer home at the intersection of roads leading to Big Creek (Millington Rd.) and Raleigh (Whitney-Dellwood), across from the small railroad depot that become known as Frayser Station.

In 1842 Dr. David Coleman discover the medicinal benefits of the springs located near Tapp Hole in Raleigh. In 1892, The Raleigh Inn was built off of what is now James Road. In it’s heyday it had 92 rooms and was four stories high. It was known for its elegant parties and all-day dances complete with full band. Unfortunately, this popularity didn’t last and the Inn was closed in 1910. I have heard that the remains of this great building and gazebos can still be seen if you know where to look and don’t mind going through dense over brush.

In 1892, Shelby County built a hospital for vagrants on Hindman’s Ferry Road. The hospital was called the “Pest House.” This space was also home to Potter’s Field. Between 1852 and 1965 there were more than 30,000 anonymous bodies buried in Potter’s Field. In 1965, the land was sold to the City of Memphis and Ed Rice Community Center was built. Although some bodies were moved to other cemeteries, most of them still remain in the ground under the community center. A memorial was recently erected to mark the place of Potter’s Field and pay tribute to all who were buried there.

No history of Frayser would be complete without mention two of the largest employers in the area, The Firestone Plant and International Harvester. Firestone opened in 1936 and quickly grew into one of the biggest industrial employer here, with a work force exceeding 3,000. The Memphis plant, in fact, was the largest tire manufacturer in the company’s entire worldwide operation. International Harvester opened in 1948 and, at its peak, employed 3,250 people. In 1983, within one month of each other, both plants announced they would be shutting their doors for good.

I grew up in the  Frayser / Raleigh area in the ’70s and ’80s and loved every minute of it. From amazing parks and lakes, to, in my humble opinion, the best mall Memphis has ever seen, it was a unique area. There was a sense of community there that I have never experienced since then. Unfortunately, after the closing of Harvester and Firestone, the communities started a downward turn. But don’t count these neighborhoods out.  Both have strong community organizations and are working hard to overcome the obstacles they face. This is just a small sampling of the amazing artwork that is featured on this massive mural. Make the drive out to James Road and Scenic Highway and see it for yourself. I promise you won’t regret it! 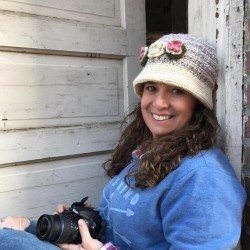 Follow me on
Kelly Howe
A lifelong Memphian with horrible sense of direction but an amazing sense of adventure.

Follow me on
Latest posts by Kelly Howe (see all)
Shares