While many of us refer to Memphis as “Hoop City,” no sport has had as long of a professional presence in Memphis as America’s pastime, baseball. Long before the Memphis Grizzlies came to the city as its first major professional sports team we had the Memphis Chicks.

As a Memphis sports fan my entire life, I have always been fascinated with the local sports teams. I remember as a kid growing up in Jackson, Tennessee coming to the big city with my church youth group to watch the Chicks play. Back in my day Jackson didn’t have minor league baseball, so to come to Tim McCarver Stadium and watch the Chicks play was a real treat for my young self. We loaded up in the church van and made the hour long trip to Memphis. Our first stop was the Mall of Memphis (obviously) and I remember I was on the hunt for a teal pair of Duck Head shorts. Shout out to my fellow early-90s kids! Anyway, we rolled from the Mall of Memphis to Tim McCarver Stadium. The concourse had all kinds of great food options and I even got a Pepsi License to Chill. We sat out in left field and heckled the mess out of the Chicks left fielder. When I recalled this story to my husband recently, he was shocked to learn that we were heckling the home team’s players. I guess my youth group didn’t get the memo on how to properly heckle at a minor league baseball game.

Short for “Chickasaws” the Chicks were a minor league baseball team who played in the Bluff City for the better part of a century. The Chicks began play in 1901 as a charter member of the Southern Association. The team played at Russwood Park in downtown Memphis from its inception until 1960 when the park, an old, wooden stadium, was destroyed by fire. The team finished the 1960 season playing at high school football stadiums across town, but the next year saw the Southern Association fold. Memphis was without professional baseball until the Memphis Blues came to town in 1968.

The Blues were a AA Texas League team affiliated with the New York Mets. The Blues played at the new Blues Stadium located at the fairgrounds. The stadium went through many name changes over the years. In 1978 it became known as Tim McCarver Stadium, a name it would keep until its demolition in 2005. The Blues moved to Charleston in 1977, which paved the way for a Chicks rebirth in 1978.

The Chicks began play in the newly-minted Tim McCarver Stadium on April 15, 1978. McCarver is a Memphis native who had a twenty-one year professional baseball career. He even had a short stint with the Chicks in 1960. The Chicks were a successful minor league franchise throughout the 1980s, and in 1986 Chicks fans got to watch Heisman Trophy winner Bo Jackson dress out for the home team. Jackson was drafted first overall in the NFL draft, but was angry at the Tampa Bay Buccaneers so refused to play for them. He was then drafted in the fourth round of the MLB amateur draft by the Kansas City Royals, who sent him to Memphis for 53 games before calling him up to the majors. Jackson appeared on the cover of Sports Illustrated in his Chicks uniform, and his homerun into the moonlight is a piece of Memphis legend.

The early 1990s saw new ownership spending loads of money revamping Tim McCarver Stadium, when it would have been more economical to simply build a new one. This new ownership ultimately decided to move the team in 1998 to Jackson, TN and rebrand them the West Tennessee Diamond Jaxx. Fortunately, Memphis leaders and another ownership group were successful in their attempts to secure a AAA farm team of the St. Louis Cardinals. The Memphis Redbirds played at Tim McCarver Stadium for two years, then moved into their brand new downtown facility, AutoZone Park, in 2000. The Redbirds play in the Pacific Coast League, and won the PCL Championship in 2000, 2009, and 2017. 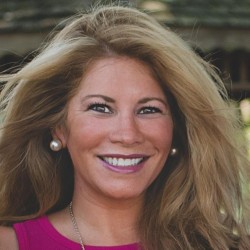 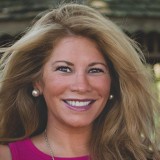 What a cool part of Memphis history! I had no idea. Cool hat.

Great article. Took my back to my younger years.

Yay! That gladdens our hearts 🙂

My dad played for the Memphis Chicks 1929, 1930 maybe 1931. He graduated from Messick High School in 1928. His name is William Leroy Boston. He was born in Jan 1910. Have been looking for pictures and/or info about his playing for the Chicks. Can you help?

O wow that is fantastic! We will remember the name and be on the lookout when on this topic of research. Thanks for sharing!

Anyone know of a kent draug cartoonist for the chicks

A friend of mine recently found an old Chicks team photo behind a piece of artwork he purchased. Do you know of anyone who could help identify the players?