In 1983, the corner of Madison and Cooper was home to a popular supper club called Solomon Alfred’s (formerly Godfathers). The club’s owner, plastic surgeon Dr. Garnett Murphy, thought the property might be better suited to a boutique-style hotel. He partnered with successful local hotel developers Ron Kirkpatrick (Sr. and Jr.), Don Pemberton, and Tom Talley. Inspired by the Lagniappe Inn on Airways, one of the first all-suite boutique hotels in Memphis, they decided on an all-suite, New Orleans-style hotel.

The French Quarter Inn opened in 1984 with 73 suites, each containing a sitting room, kitchenette, bedroom, and bathroom with large Jacuzzi tub. The room rate was around $85 per night, a luxury price at the time. In 1986, the owners added a new wing with 32 more “junior” suites, as well as a pool.

Unsurprisingly, music played a huge part in the French Quarter Inn experience from day one. The Sunday jazz brunch was extremely popular – “a regular Sunday afternoon hangout,” says former director of sales Becky Anderson. Notable Memphis acts like Phil McGee, Di Anne Price, Courtney Lewis-Hale, and Hudson and Saleeby took the stage regularly throughout the week. Though he didn’t perform there, Bob Dylan and his four Great Danes were frequent guests. The theater crowd loved the hotel too – for many years, Jackie Nichols, founder of Playhouse on the Square, booked up most of its rooms during national casting calls hosted by Playhouse.

If music was the hotel’s first big draw, romance was its second. “The French Quarter was honeymoon city,” says Sam Goff, who was the hotel’s general manager from 1987 to 1989. “It wasn’t unusual… for our customers at the lobby bar to see 7, 8, 9, 10 newlyweds come in, still in gowns. They’d always applaud.” Many couples spent their wedding nights there before leaving on their honeymoons… and some even held their weddings there. Anderson recalls brides descending the wrought-iron staircase in the lobby: “It was spectacular.” Years after moving on to another job, Goff himself was married in the French Quarter lobby in a ceremony conducted by his friend, late Memphis radio icon Bad Dog McCormack.

Sometimes the French Quarter was a little too popular as a romantic destination. During his tenure, Goff turned away many teenage couples looking for a room on prom night, and parents attempting to book a room for them. One mother cursed him out for refusing her daughter and her boyfriend. On another night, after sending the maintenance man home early, Goff was called to a room to help with a Jacuzzi problem. The three people he found there stayed in the tub while he fixed it, then invited him to get in and join them for a glass of Champagne.

The revitalization of Beale Street in the late 1980s, followed by the opening of the Tunica casinos in the 90s, negatively affected Overton Square’s bottom line. Ron Kirkpatrick and his partners sold the French Quarter Inn in 1990 at a “substantial profit,” but the hotel began to decline quickly. The new owners were motel operators, inexperienced with the nuances of a boutique hotel. Although interest was still strong, the property was not well-maintained. The hotel slid from a four-star rating to two and a half.

In 1996, a guest who had stayed at the French Quarter for several weeks, getting to know the staff and the daily rhythms of the hotel, masterminded a robbery and drove the getaway car. He later sent flowers to the front desk manager, who had been shot during the robbery. Police arrested him four days later.

The French Quarter Hotel closed in July 2008. Soon after, Kirkpatrick and his partners bought it back at auction, hoping to give their “baby” a second life as an assisted living home, but their efforts ultimately failed. Over the next few years, a series of would-be developers struggled to land investors for the French Quarter, as a hotel or otherwise. The final buyer envisioned a hotel like The Pearl in Rosemary Beach, Florida, but found the concept didn’t work away from the beach. Meanwhile, the building remained vacant and grew more and more dilapidated.

In August, Ballet Memphis purchased the hotel property and announced plans to build its new headquarters there. Demolition will begin this Saturday, October 10. While the French Quarter Hotel itself will be gone, its original spirit will live on in the hearts of many Memphians. As Kirkpatrick summarizes, “To this day, people meet me at church or on the street and they say ‘Oh, I had my wedding ceremony there’ or ‘I went to party there.’ So it was kind of a swinging property.”

All photos not otherwise cited are by Kathryn Willis. 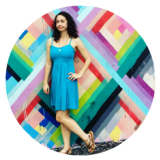 Great post! My one and only memory of the French Quarter Inn was joining my Nana and her friends for the Sunday Brunch when I was fifteen. They served me mimosas for hours and made me drive them all home.

No mention of the documentary Pageant that was filmed there?

I’m not aware of that, but I’d love to hear about it!

I loved this hotel. I was one of the many that spent my honeymoon night at the hotel. Only a few of our close friends knew we were going there. Upon arrival, after our wedding we were surprised in the lobby by this group of friends. The music was awesome and we danced the night away. Lots of great memories. I hate to hear it became run down and now they are going to demolish the old building.

My husband and I stayed there on our honeymoon night in July 1990, and true to the story we were applauded when we entered the hotel lobby. Our stay was lovely and we were saddened to hear of its closing.

I spent a few nights there for work and at lunch they served spicy cajun food that my stomach never experienced before. Great food but I paid for it.