In this episode of Memphis Type History: The Podcast, we tell each other the history behind a favorite historical Memphis hotel. Rebecca dives right into how The Peabody Hotel came to be, while I share about the lesser known Hotel Pontotoc.

The very first Peabody Hotel opened in 1869 at the corner of Main and Monroe at a cost of $60,000. Rates were $4 a night and included a meal in the first class dining room. Rebecca talks about the origin of the famous Peabody ducks and how they got tamed by the Ringling Brothers’ circus animal trainer… who then became the first Duckmaster!

The current Peabody is a beautiful relic of historic architecture in Memphis… and many celebrities have stayed there (like Michael Jackson, for starters). The ducks stay in this duck palace up on the roof: 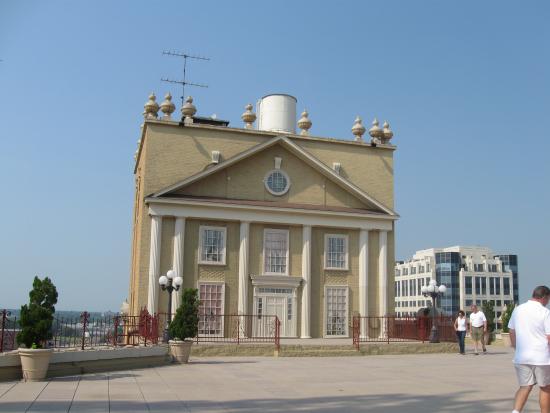 This photo of The Peabody Ducks is courtesy of TripAdvisor

The Pontotoc Hotel is a European-style hotel constructed of rusticated concrete block, located at 69 Pontotoc in downtown Memphis. Unlike the swankier Peabody, the Pontotoc catered to railway and riverboat travelers… but there were Turkish baths available just to keep things classy. And just in case you’re not sure how a Turkish bath works, I happily give you my first-hand account! By the 1920’s, though, the Pontotoc was one of Memphis’ most well-known (and most elegant) brothels.

Later on a Greek family owned the establishment and I tell you about the wine they made and the famous vaudeville performers and artists who stayed at the Pontotoc. We try to dispel yet another ghost story and tell you how the Pontotoc survived some wild years as a nightclub known as The Cellar. I wrap up by telling you who owns the Pontotoc now, the ways they support downtown Memphis, and their famous Halloween parties.

Inside the Hotel Pontotoc with Memphis Magazine

Historic Memphis is back!