The Memphis Redbirds, the triple A baseball affiliate of the St. Louis Cardinals, announced a logo change on Thursday afternoon. The Redbirds are ditching the old, navy blue script logo for a Memphis rendition of the Cardinals “birds on a bat” logo.

It comes as no surprise that the Redbirds changed their logo to line up with that of their major league affiliate. In an interview with Paul Lukas of uniwatch.com just three months before the Cardinals purchased the rights to the Redbirds franchise, Gary Kodner, the chief designer of the Cardinals all throughout the ’90s, wrote, “Something that often isn’t talked about is our Minor League affiliates. Their graphic identities are just as important to the big league club and a winning tradition. The Springfield Cardinals and Palm Beach Cardinals graphics were updated sometime around 1999 or 2000 to follow and emulate the graphics of the updated Cardinals.” With the Redbirds following suit, all of the Cardinals’ minor league teams are tied together with an almost identical logo, promoting unity among the franchise. Unity is something Memphians can relate to and take pride in. We are a city built on unity and community, so the logo change reflects the attitude of the city perfectly.

Memphis Redbirds general manager Craig Unger spoke about how the relationship with the Cardinals affected the change by saying, “The new logo ties together the rich tradition of the Cardinals organization and Memphis’ role in developing the future of Cardinals baseball.” Calling the tradition of the Cardinals organization and logo rich is an understatement: according to an ESPN survey in 2012, the “birds on a bat” logo is the third most iconic logo in all of sports, right behind the Chicago Bears and Montreal Canadians. Although this logo is not a Memphis original, it is packed with history. To find out about the story behind it, the history of the Cardinals’ logo must be explored.

In 1922, the inspiration for the current Cardinals and Redbirds logo was born. Branch Rickey, a player for St. Louis in the early 1900’s when they were still known as the Browns, produced the original logo. He garnered inspiration from a collection of cardboard sculptures of birds on a branch in the Ferguson, Missouri Presbyterian Church. Allie May Schmidt, the daughter of a graphic designer, fabricated the cardboard sculptures and her father played a major role in the design of the final logo. Schmidt was also an integral part of the group in charge of stitching the insignias on the 1922 jerseys. Nearly 10 decades later, the Redbirds are adopting the same logo with modernized updates. Memphis’ adoption of the “birds on a bat” vouches for the timelessness of the logo.

Relatively unchanged since its birth in 1922, the Cardinals have used the logo in every year since then except for 1957. Baseball greats such as Stan Musial, Mark McGwire, and Bob Gibson have donned the logo that young stars of the Redbirds like Stephen Piscotty and Tim Cooney will wear next season. It is an honor for Memphis to have a great connection with such a storied franchise, and wonderful to see Unger and the Redbirds management team embrace their role as a farm team for the Cardinals.

Head over to Third Street and Madison to see the new-look Redbirds and newly renovated Autozone Park on April 3rd for their annual scrimmage versus the Cardinals. Memphis opens the regular season on April 9th by hosting the Iowa Cubs as the start of an 8 game home stand. 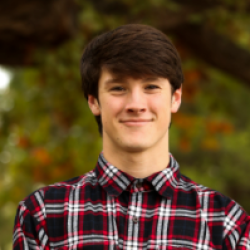 Rob Stukenborg
A junior at Christian Brothers High School, Rob has lived in Memphis for all 17 years of his life. He plays lacrosse and takes advantage of good weather by riding his bike on the Wolf River. He provides an insight of old Memphis from a young perspective. 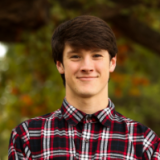 A junior at Christian Brothers High School, Rob has lived in Memphis for all 17 years of his life. He plays lacrosse and takes advantage of good weather by riding his bike on the Wolf River. He provides an insight of old Memphis from a young perspective.