The 22 foot oculus, seemingly cut out from the side of Southern College of Optometry’s (SCO) 11-story tower is hard to miss.

In architecture, an oculus is known as a circular opening, like the ones you often see at the top of domes. Think of Saint Peter’s dome at the Vatican. Oculus is also the Latin word for eye, and it’s one of SCO’s most pronounced building features.

Prominent architect Francis Mah designed SCO. Mah is also credited as the lead architect of well-known buildings such as: the First Tennessee Bank downtown, Hilton Hotel and the University of Memphis’ Brister Library. According to physical plant director, Danny Anderson, all the ready-mix concrete was poured on-site into removable forms and then set in place on-site, a technique in construction known as cast-in-place.

In 2013, local architectural firm Formus Inc. designed the sky-lit atrium, styled after the famous post-modern Centre George Pompidou in Paris. The atrium and adjoining classroom complex was added two years ago as a part of a $9 million expansion project. The atrium’s design allows natural light to flood the room and exposes the brightly colored yellow vents, red pipes and blue beams that run in parallel and perpendicular lines along the ceiling. There are also organic shaped sculptures by Memphis artist Yvonne Bobo suspended from the ceiling.

The outside of the building is just as remarkable. To complement the main oculus, are two smaller oculi that flank the west and east sides of the buildings. This repetition in theme adds synergy to the building according to Susan Doyle, senior creative designer in the communications department.  Pink and white azalea bushes soften the minimal and stony concrete exterior of the building’s main entrance on Madison Avenue.

“Our ninth floor had a renovation in 2014, and our tenth floor is about to start the same process,” he said. “Longer term, our board [of trustees] will work on developing the next phase for other improvements along the way through strategic planning to benefit the 500+ students in our four-year program.” 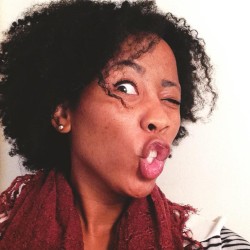 Khara Woods
Graphic Designer at Khara Woods Design
I am a graphic designer who specializes in print design and most recently, hand-lettering. When I’m not designing, I moonlight as a professional sign hunter. Yes, it's a real thing. You can see some of my pictures on my Instagram account (@Khara0ke). 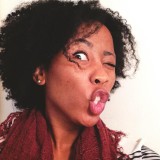 I am a graphic designer who specializes in print design and most recently, hand-lettering. When I’m not designing, I moonlight as a professional sign hunter. Yes, it's a real thing. You can see some of my pictures on my Instagram account (@Khara0ke).